The ecologists welcome stalkers from all factions.

I used to see him now and then in the research camp when I came with a loot to sell. He looked a normal buddy. Big and robust, you'd never think him one of the eggheads. He gave me good price on artifacts, was always happy to chat about this and that... and what a stupid end. He was fussing with his gear right near the ‘Whirligig’ when these rascals started to shoot. He got thrown into the anomaly, then twisted. When we finished the combat, there was left nothing but shreds of his overalls at the ‘whirligig’.

The Ecologists (Экологи) are government-funded researchers operating into the Zone.

Operating under orders from the Ukrainian government, the Ecologists are a group focusing on researching the Zone, in order to properly harness its potential for the good of mankind. Their base of operations is a sturdy bunker at Lake Yantar, filled with scientific apparatuses and a steady supply of weapons and ammunition. The head researcher is Professor Sakharov, a veteran Ecologist, who participated in the first expeditions into the Zone in 2007. Originally the Ukrainian Military itself protected the scientists' bunker, but their garrison force was all but obliterated by emissions of the Miracle Machine in lab X16, turning the survivors into zombies. The scientists now greatly rely on Loners and Mercenaries looking for work, or Duty to do their field work, since most Ecologists aren't particularly combat-proficient.

Another one of their key areas of research was Lab X-16 and the psi emitter located within. In order to be able to explore the area safely, they created a special Psi-Helmet, which can protect the wearer from low intensity psionic fields.

Recently after the Brain Scorcher was de-activated, the Ecologists expanded further into the zone with their new mobile laboratory based in Yanov under the leadership of Professor Hermann.

The scientists aren't great fighters, as their usual SSP-99 Ecologist Suits don't offer much in terms of protection. Coupled with their weak skills in firearms, they tend to pose little threat to anyone. For the most part, members of the Ecologist faction are found dead or wandering Yantar and the Wild Territory. Because of the poor weapons and armor these men have, they will most likely be killed by wild dogs or zombified stalkers. As such, they prefer to rely on stalkers to gather mutant body parts and artifacts for them, paying handsomely for each item brought to their bunker, and hire them as escorts as in the case of Scar . In addition, they have a selection of suits and weapons to offer to those working for them. An example of this is Lefty.

While their funding comes primarily from Ukraine and Russia, it is likely there is a heavy amount of worldwide interest, as in the Wild Territory scientists are armed with the British IL 86 and German Walker P9m. While their basic SSP-99 is primarily built for anomalous area exploration than combat, they do have an upgraded, modified version available, the SSP-99M Suit, which sports increased protection against firearms while retaining optimum protection against the zone's hazardous elements. They also distribute the renowned SEVA Suit, created by a Kiev research bureau. Kruglov can also be given weapons by the player in SoC, the only condition is that the weapon dropped to him must be stronger than his current weapon.

An ecologist in Yantar before a blowout event.

The PDA contact icon of an Ecologist in Shadow of Chernobyl.

An ecologist wearing the SSP-99 Ecologist suit, holding what appears to be an Moonlight artifact.

A team of ecologists is escorted by Scar through the Great Swamp right before the events of S.T.A.L.K.E.R.: Clear Sky. 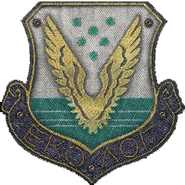