A regular plastic and rubber gas mask, used for filtering air for radioactive particles and poisonous substances. Widely used by rookies and veterans of all factions due to its universal functionality. Does not provide any physical protection.

Made out of latex rubber, the gas mask features two round visors and detachable filters. It's simplicity and low price make it an extremely popular choice among stalkers of all factions, who also tend to add faction-specific motifs to it.

The gas mask closely resembles the Soviet PBF gas mask but with detachable canister filters on each side.

The player begins Call of Pripyat with this occupying their head inventory – and it's encouraged the player either upgrade it or find a higher level replacement as soon as possible. It has by far the lowest durability of any armor item in the game – a single scan through an acid anomaly field, even avoiding the anomalies themselves, will likely take it to 50% condition or lower, and a single headshot can do roughly the same – if the player isn't killed.

Like its combat-oriented' counterpart, the steel helmet, the gas mask offers pitiful protection from only a small variety of the zone's dangers. Even fully upgraded, an out-of-the-box tactical helmet or curtain helmet will blow the Gas mask away in terms of overall protection.

A fully upgraded (and mint condition) Gas mask can be found near Joker's body if the player is feeling cheap. 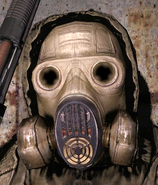 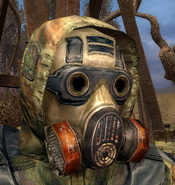 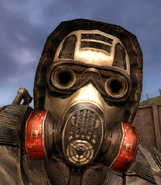 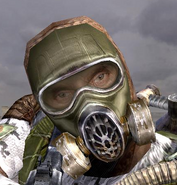 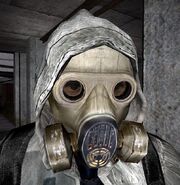 Loner variant, used in tandem with a leather jacket. 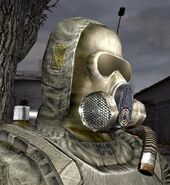 Old respirator variant, as seen on the cover art, and used by Loners in Shadow of Chernobyl. 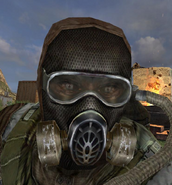 Old version of the Monolith gas mask, can be seen worn by corpses 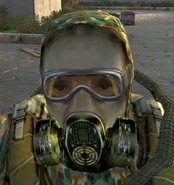 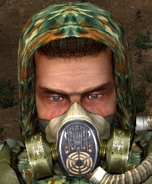 Half-face Mask, Used by many factions but only seen worn on-face by Wind of freedom Stalkers. 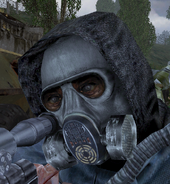 Killer variant (unused in the final game, except as a MP model). 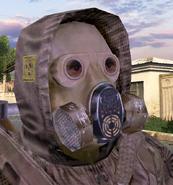 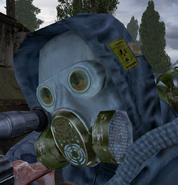 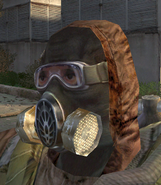 Duty Gas mask from Shadow of Chernobyl, with clear lenses. 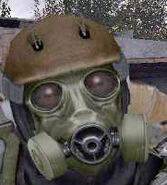 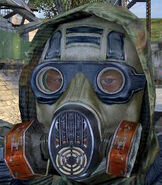 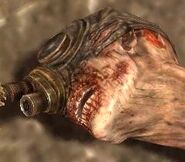 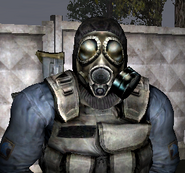 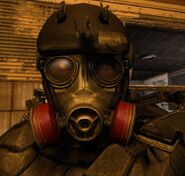 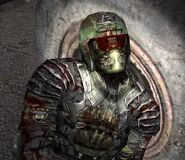 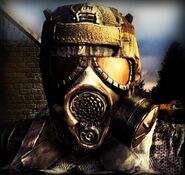 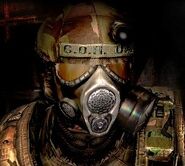