Not much is known about Karlik, aside from the fact that it would have been found in Lab X-18 along side the Dwarf and would arrange traps and attack the player to prevent them from going further into the lab[1][2]. It seems that both the Karliks and the Dwarf would be ruled over a "Lord of all Dwarfs" that would live in the bottom of lab X-18.[3] 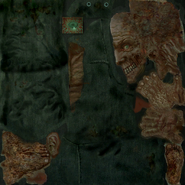 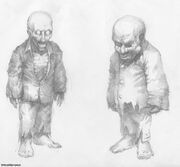 Karlik concept art
Add an image to this gallery

Retrieved from "https://stalker.fandom.com/wiki/Karlik?oldid=71896"
Community content is available under CC-BY-SA unless otherwise noted.