Military Stalkers can be either expert Stalkers that have been contracted by the Ukrainian Military and have received military training and equipment - or Ukrainian Special Forces who have specialized experience operating inside the Zone. In the games they are typically ranked as experts, and may or may not sport Military Ranks attached to their names. They appear in S.T.A.L.K.E.R.: Shadow of Chernobyl, S.T.A.L.K.E.R.: Clear Sky and S.T.A.L.K.E.R.: Call of Pripyat.

Soldiers who underwent special training following their service in the Zone or stalkers who voluntarily signed a contract with the Army. Usually equipped with various support gear and well-armed. Used mainly to study the causes and effects of the catastrophe and to map out the Zone. They can work on their own or in small detachments of up to five people. Military stalkers do not allow normal stalkers to approach and open fire on sight.

Typically working alone or in small groups of up to five team members, military stalkers are typically Zone veterans contracted by the military for special operations or Spetsnaz soldiers, who underwent specific training preparing them for combat drops in the Chernobyl area.

Military stalkers typically work in tandem with Spetsnaz operators, most often leading them into combat. They may also work in a squad composed entirely of military stalkers.

Military stalkers are either former stalkers contracted by the military, or actual active members of the military with extensive experience in the Zone. As such, they are valuable assets in the field, possessing extensive knowledge about artifacts, anomalies, and the Zone itself. For this reason Military Stalkers are given the best equipment that the Military has to offer. They often wear high-end SKAT-9M Military Armored Suits and Sphere-12M Helmets in the FLORA pattern, protective gear suited to combat in highly anomalous areas. Military Stalkers also utilize high-end Soviet weaponry, such as the SA Avalanche and Tunder S14 assault rifles. In addition to high-end firearms they have been known to use expensive F1 Grenades, allowing them to engage enemies at a distance with deadly force.

Military Stalkers are only deployed in areas considered too hazardous for regular Military forces, and thus are not encountered until the later stages of the games.

During the course of Clear Sky's campaign, a small detachment of Military stalkers, along with the remnants of a Spetsnaz team was stranded in the Army warehouses. Another Military stalker was deployed into Limansk, leading a large squad of Spetsnaz operators.

The protagonist of Call of Pripyat, Major Degtyarev, is in practice a Military Stalker. Other, better equipped Military Stalkers later appear in Pripyat alongside conventional Spetsnaz as part of Colonel Kovalsky's rag-tag group of Military survivors, and the Quartermaster can hand the Major a typical Military Stalker uniform. Despite being significantly more experienced than the Grunts and even Spetsnaz they landed with, however, most are inevitably killed in Pripyat. 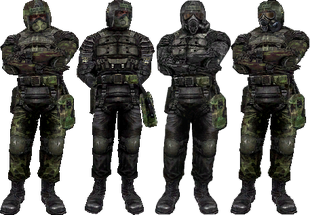 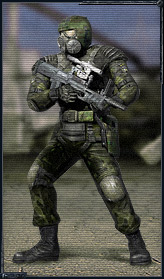 A military stalker in Clear Sky. 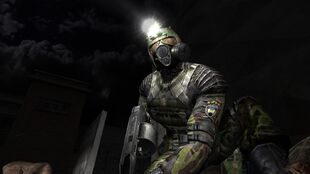 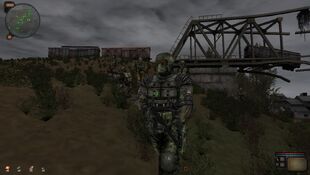 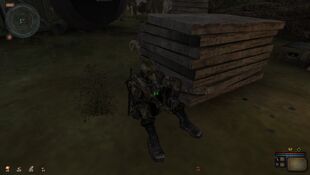 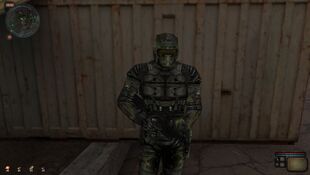 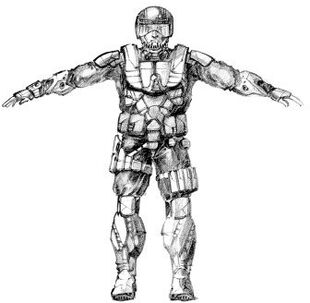