Heart of the Oasis

There is one theory, more of a legend, actually. It's about the Oasis. Unfortunately, I was unable to persuade Hermann to send out an expedition to search for it... You know, rumors about this phenomenon are wildly inconsistent, but if you want my opinion, I am convinced that the Oasis exists. Call it intuition. If you can find the Oasis and bring me irrefutable proof of its existence, then science would be very grateful to you and me.Ozersky

Oasis is a side mission available in S.T.A.L.K.E.R.: Call of Pripyat.

This mission is provided by Ozersky inside the scientists bunker. Ozersky tells the player about myths surrounding the legendary Oasis, and unlike Hermann, believes that it actually exists. Ozersky asks the player to find the Oasis and bring irrefutable evidence of its existence.

The entrance to the Oasis is located to the west of the Ventilation Complex, in a small room. The opposition there will be six Zombified Stalkers. There is another door blocked by destroyable crates, inside the room. This entrance leads to sewers infested with Rodents. Once the player reaches the top of the sewers, they will arrive in a room with rows of columns.

Just like the legend says, the Oasis effectively heals (it will cure the player's radiation and regenerate health and endurance as long as the player is in the water). The player's mission is now to find proof. The proof itself is a strange artifact; the Heart of the Oasis, which can be found hanging on a tree (it requires jumping to reach). Once acquired, two Psy dogs spawn in the room. The player can fight the two mutants or escape if they are not prepared, using the nearby ladder (it is worth noting staying in the Oasis' water makes the player nearly invincible against the psy dogs due to the regenerative effect, but armor will still be damaged).

Once the player has escaped the area, they can bring the artifact to Ozersky.

Ozersky will reward the player with 7000 RU for giving him the artifact. 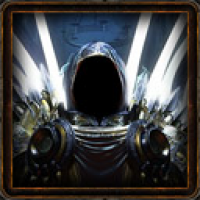