A day later, S.T.A.L.K.E.R. 2 was announced by Sergiy Grygorovych, owner of GSC Game World, the developer behind S.T.A.L.K.E.R. series. He made the announcement on his Facebook page and news has spread around various gaming sites. The official teaser site, consisting of only a front page featuring the acronym S.T.A.L.K.E.R. 2 written in a large font, a year of presumed release and an e-mail address, has been also revealed.

Some time later, between March 21st and March 29th 2019, the S.T.A.L.K.E.R. 2 site was updated, a font change for the title and animated concept art featuring an unknown man wearing a gas mask. New social media links, some music and download links for said music and the concept art were also included, as well as images of previous games in the STALKER franchise alongside links to buy them from GOG and Steam, and finally an option to sign up for news.

On July 23rd 2020, the S.T.A.L.K.E.R. 2 site was updated again, coinciding with the first trailer for the game being released on GSC Game World's YouTube channel. Said trailer was prominently displayed on the page, along with new music and concept art available to download, and an FAQ section giving further details about the game.

On March 26th 2021, the ID@Xbox YouTube channel showed a diary of the game's development. Zakhar Bocharov told information about the game and showed several renders of three factions: Duty, Freedom and Bandits. A new plugin was also shown. It makes variety of the same model more diverse.

On June 13th 2021, the day of the Xbox and Microsoft game reveals at E3 2021, GSC Game World gave a release date of April 28th, 2022. During the event, they showed a trailer which starts off with a character nicknamed Skif sitting around a campfire with 4 stalkers named Curly Vitya, Liolik, Mitay, and an unknown stalker. The trailer then cuts to Skif taking out a base full of bandit-like enemies, showing off the new gun play in S.T.A.L.K.E.R. 2. The trailer cuts to one of Clear Sky's old lookout towers, which is now surrounded by an anomaly field. The trailer then shows a Flesh getting ripped apart by an anomaly. Skif pulls out a new detector called "Gilka" and finds an artifact called "Jelly", which recovers stamina in-game. The trailer then cuts to the interior of a building in the city of Chernobyl. In it, Skif can be seen asking Bolshak, presumably a new technician in the Zone, how to get into the "Basement." The trailer then shows Skif exploring an abandoned lab, presumably Lab X-18. Skif then gets ambushed by a Bloodsucker, showing off the new textures even more. The trailer then cuts to a building overlooking the Chernobyl Nuclear Power Plant. On it Skif is confronted by the Stranger, who says that the Zone couldn't be free unless that man died. He then goes on to say that the Zone gave him a new life. It should be noted that the Stranger is seen wearing a Helmetless SEVA Suit, an outfit only worn by Strelok in previous titles. This scene shows off the new photogrammetry processes used in the game. The trailer cuts to a destroyed building near the famous Duga Radar, now covered in Electro anomalies. A person, presumably Skif, can be seen firing a Gauss Rifle multiple times. The trailers cuts back to the campfire a final time, showing off a fifth stalker named Sergiy saying "Good hunting, Stalker." when Skif gets up to leave for Pripyat. Sergiy is none other than Sergiy Grygorovych, the founder of GSC Game World.

Unfortunately, on 12 January 2022, GSC Game World announced S.T.A.L.K.E.R. 2 has been delayed until December 2022 citing "thorough testing and polishing" as reason.

Some time after the announcement, a challenge to "decipher" a code was posted on a GSC Game World Facebook page. Shortly thereafter, the Official GSC Twitter announced that part of the "Code" has been solved. A fan subtracted the year of the Chernobyl Disaster, 1986, from 2021, and got 35. The fan mentioned this oddity and thought it was of some significance. GSC has confirmed that this is part of some sort of code. An image of the number 35 was posted onto the official GSC Twitter Account, in the font style of the S.T.A.L.K.E.R. 2 teaser website.

Very little was known about the original concept. It was supposed to continue the story of the first three games as a new chapter and it was to take place in the Zone. It was to support DirectX 11. CryEngine 3 had been in consideration.

Among the confirmed features as stated in the official interviews is that it was planned to feature: new mutants, new areas, new uses for artifacts, and female stalkers. It was also confirmed that the main protagonist of the game was supposed to be Strelok and that the game's level layout should have featured a large-single-area game world to eliminate loading times. It had been confirmed that the game was to have been set in a triangle between CNPP-Pripyat-Chernobyl 2.

Stalkers, while most of you are angry and upset (which we understand) please know that since December 2011 the entire Stalker team (myself included) was working without pay on Stalker 2 while new investors were scouted. That is our dedication. Sadly we could not gain legal rights to the franchise. We are still the same team working now at Vostok Games and on Survarium.

In 2012, STALKER 2's development was officially frozen[6], due to GSC Game World being dissolved. There were many rumors why: such as Sergei Grigorovich not being happy with the game's progress, a lack of investment into the game's development, internal conflicts inside GSC, or GSC running into severe financial problems. Although most likely, it is some combination of the following.[7][8]

While it's rumored that the game design company bitComposer, who assisted in the marketing of Call of Pripyat, have bought all licenses to the STALKER franchise, this was debunked as false. There were also rumors that Bethesda Game Studios, known for their Elder Scrolls series, acquired the rights to the game, although this was also proven false. GSC still retains the license to the STALKER games (Contrary to the rumors that it has been sold off, listed here, or otherwise.), as confirmed on their website.[9]

GSC reopened in December 2014. However, there has been no mention regarding the STALKER series and the company was working on different unrelated projects. 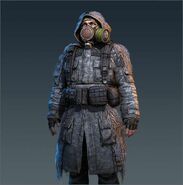 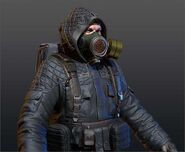 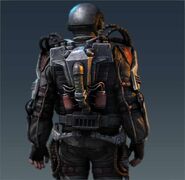 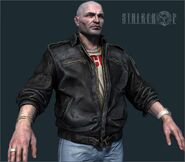 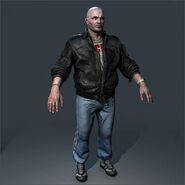 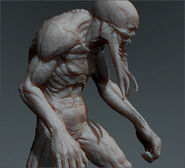 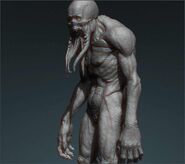 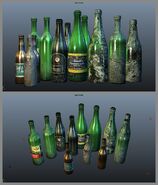 GSC-fan.com, a GSC fansite, managed to acquire never before seen renders and concept art of some of the proposed mutants for the original concept of S.T.A.L.K.E.R. 2: