Equipping at least 4 enable healing and suit repair in Whirligig, Springboard and Vortex anomalies.
The Spring is an artifact that can be found only in Shadow of Chernobyl.

According to the opinion of some researchers-theorists, this artifact is a hybrid between Batteries and Shell.

The Spring can been found in the open in four locations:

The artifact occurs in one stash:

One may be earned as a reward for completing an optional side mission:

It can also be obtained from dead Duty and Freedom Experts in Pripyat, along with other rare and powerful artifacts, but this is very rare.

The Spring is clearly a nod and homage to the "empties" as described in the novella which inspired the S.T.A.L.K.E.R series, 'Roadside Picnic'. They're described as follows:

They're just two copper disks the size of a saucer, about a quarter inch thick, with a space of a foot and a half between them. There's nothing else. I mean absolutely nothing, just empty space. You can stick your hand in them, or even your head, if you're so knocked out by the whole thing – just emptiness and more emptiness, thin air. And for all that, of course, there is some force between them, as I understand it, because you can't press them together, and no one's been able to pull them apart, either. 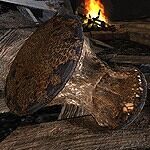 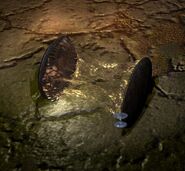