I go by the stalker nickname "Hangman".

I make use of a pbf gas mask, as opposed to the respirator.

I live in an area that could very well be the zone.

I play and mod SoC, CS and COP in particular my prized "Mort'kael" SVD; with a scope_zoom_factor of 5 and a hit_power that makes people do backflips, I'm lethal at long range.(Good for those unbelievers that offend the holy monolith by stepping into his realm, blessed be thy crystal.) I'm also responsible for the strange amount of cut content discoveries around here, like the left and right hands of the Monolith, and the Kommandir.

Many people have commented on how odd Stalker's last names seem to be, and I have an explanation for it that may or may not be correct: The second name is the Stalker's nickname. I think that makes some level of sense anywho and that's the way I think of it. in the novel "Roadside Picnic", Stalkers have many nicknames, and I believe the odd last names are a reference to that.

In Shadow of Chernobyl, I adopt a raid style, attacking enemy bases with between four to eight Monolith allies. My equipment and profile image(I make and update my own mod) are below. 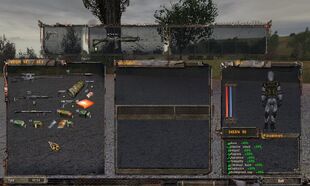 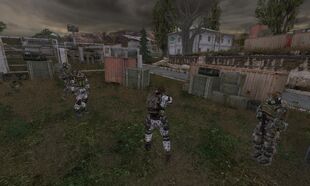 In this game, I tend to loiter the army warehouses, using a modified version of Boredgunner's CS remix; Working to hunt down as many enemies as I can, chanting religious rhetoric between SVD Attacks.

Recently, I have found the Monolith, having hidden itself from all but the most faithful, I and a few others have continued to heed it's will, relaying the instructions to the brothers who do not hear the Holy Monolith. I have taken up a position in pripyat alongside two other preachers, and are regularly attacked by blasphemous loners and mercenaries.

I watched a Military squad go by yesterday. They seemed somewhat determined of purpose, and most of them made it into their helicopters. I am now tasked by the Holy Monolith to hunt and destroy the unbelievers who followed the Military into Pripyat.

I thank the Monolith for revealing the trap it has sprung upon the enemy. They will be killed for trespassing into these, the forbidden realm of the Monolith's defenders. Vpered, voiny Monolit, otomsti Vash Pashsish Brat'ev. Ubit ih Vseh. 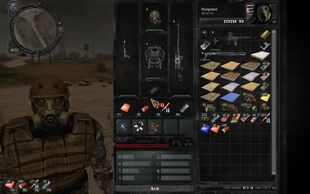 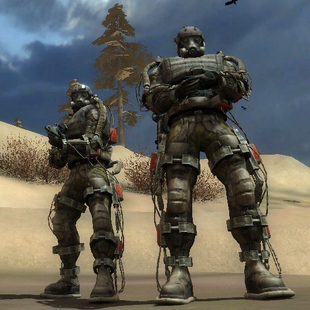 Me and Minesweeper
Add an image to this gallery

I'm getting into Airsoft, and trying to create a few STALKER based kits. I have a partially built Merc Mask, I'm looking into shatterproof lenses in my PBF, and I'm looking for a Olive drab vest + winter urban camo for my Monolith suit, and a Black vest + blue overalls for a Merc Suit. Here's some progress. 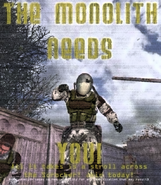 Me, in a Monolith suit+ Trenchcoat with friends.
Add an image to this gallery

The ruins of my town 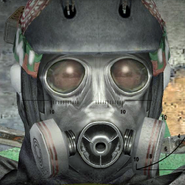 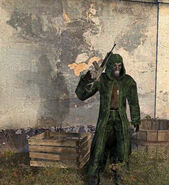 Retrieved from "https://stalker.fandom.com/wiki/User:AstralShapeShifter?oldid=36350"
Community content is available under CC-BY-SA unless otherwise noted.