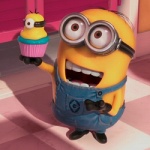 About as questionable as Vin Diesel.

Of all the dweeb rookies in SHOC it's pretty hard not to be impressed by Yurik. I mean, there you are, quietly trolling through Garbage as a rookie yourself, and you come upon this unfortunate being bushwhacked by a variably armed trio of miscreants.

It's not hard to rescue him most of the time and nine times out of ten such rescue pays off in spades. After all, it's only about 09.30h on the first day when he 'helps out' at Bes' scrapyard, you're equipped with a Fort-12 and maybe a Viper 5 or an AKM-74/2U - with plenty of ammo mind - and cunningly camouflaged in a Mail jacket (which provides ZERO stealth advantage here); probably sheltering near the front headlight of a blue bus, pistol in hand, waiting for Bes to call it...

Someone opens fire (probably the pillock Loner next to you) and you maybe get a few shots cracked off and wound a bandit or two by the first Heli...just as Yurik runs around the back of the bus, straight into and through your line of fire, and squats by a trailer towbar looking to all the world like a leather jacketed rabbit and then goes through a handgun firefight to put Dirty Harry to shame.

So, next time you're swanning around the Zone, lumbering about in unrealistic (unsuitable) Exoskeletons brandishing wickedly powerful but impractical weaponry that has rare or unobtainable ammunition, spare a thought for the little guys that helped you on your travels - like Yurik.

What can I say? I play games on-and-off and one of them is the very excellent Shadow of Chernobyl RPG/FPS hybrid. It probably wouldn't have happened yet had I not finally got round to Roadside Picnic in early 2013 followed by obtaining and watching Tarkovsky's film rendition shortly afterwards and then mentioning all of this to my brother...

Well, apart from reminding me that he and a friend of ours had seen the film on release many, many moons ago, he also clued me up with the small factoid that: "There's a game (of the film (of the book)), in fact there are three...."

I demurred - on the basis that I'm basically a Strategy game player who long ago developed a lasting liking for:

..so would I lower myself to playing a FPS 'kill-them-all' game? I suppose the 'exploration lure' of finding "free stuff" and discovering new methods of conquering opposition (that's 3 out of 4 tech types from SMACX - right there) pretty much clinched it, so off I went in a Leather jacket with a Walker P9m to see if I could find some Empties or even Full Empties or even a Battery or two..

..and promptly got stiffed by a Boar ..then by assorted Bandits, repeatedly.. ..running away from Boars (learning fast - you note) ..straight into an anomaly field.. ..and "Hey! I thought I could at least talk to these Military types".. ..and "You mean I have to headshot dogz too?.... ..etcetera.

So it was quite a disappointment in Roadside Picnic terms, less so for the atmosphere in the Tarkovskian sense, and the basic plot was a one-day giveaway. And I loved it!

I had other hindrances too. My old rig had a nice enough graphics card but the comp was 10 years old, on its last legs, and (unbeknown to me at the time) had a faulty vid driver set resulting in Acid/Thorazine/Mesc skylines and thunderstorms when in the open.. Made finding rooftop snipers problematic. But added a whole new atmosphere to a noob playing Bloodsucker village.. or doing a combo Zombie/Snorkout in Yantar.

When I got round to doing a video shot for the first time, it had to be 'windowed' at which point the skyline 'suddenly' became normal, well normal for CNPP, and I was captivated by my first sight of an uncorrupted Heli. So I shot it. Don't think I'll post the vid here though since it's full of dropouts because of the old rig's age and the effort needed to run SHOC and the recorder at the same time.

Retrieved from "https://stalker.fandom.com/wiki/User:Byte_Me?oldid=55870"
Community content is available under CC-BY-SA unless otherwise noted.