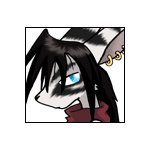 I've been playing STALKER Clear sky and Shadow of Chernobyl since late 2009, and Call of Pripyat from late 2010. My previous gaming history mainly revolves around the Dawn of War series, and various long forgotten pc games, due to still running a Windows 98 until 2005.

After playing SoC and CS for a few months, I'm now actively modding CS, and have produced a number of small mods for CS. I've got the first few versions of the first freeplay mod for Clear Sky completed, called PreSky. More information about it can be found here and here (warning - over 100 page thread). I'm a fairly compent scripter, and I'm working on expanding my knowledge and skills into modelling and texture work. When modding, the tools I mainly use are Notepadd++, Milkshape 3d, and Paint.NET.

I'm currently planning my first major Call of Pripyat mod. However, it mostly still exists on the drawing board. I'll probably put more resources and ideas together on it before I make details on it public.

I'm currently using a Compaq Presario laptop with 4GB of RAM, a 32-bit version of Windows Vista, a AMD Turion X2 2.2GHz dual core CPU, and a NVIDIA GeForce 8200M G onboard graphics card. It has enough power for my needs (Although a more powerful GPUI would be appreciated), and can run most of the games I wish to play without issues. Except Cryostasis, but thats an unoptimized game that makes Clear Sky look optimized as well as Shadow of Chernobyl.

Retrieved from "https://stalker.fandom.com/wiki/User:Fluffy22?oldid=36209"
Community content is available under CC-BY-SA unless otherwise noted.