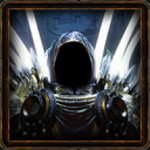 I have recently became a very active editor on Darksiders Wiki. Active to the point of becoming an admin there. I encourage everyone to at least visit that wiki and see it yourself! The game itself is very different from S.T.A.L.K.E.R. but still I liked it a lot an its wiki seemed abandoned so I took care of it. I also encourage everyone to help :D

About me, myself and IEdit

Well I thought that after quite an editing rampage it time to write something about meself.

Why am I here - ancient history of yours truly, me.Edit

I used this wikia for quite some time before first editing anything like many folks here i guess... I remember well my first couple of edits. Firstly the excessive Enter key usage on Firefly page drove me nuts but that was just minor motivation. The real motivation came when I had some problems with generally speaking the Oasis thingy in CoP. When I came here for help it struck me how is it possible that this theoretically easy to describe mission/location is so mixed up here and uneasy to use. At this point I uploaded some first screenshots here - and I admit that they could have been better made, but they are not half bad I think, as for first uploaded images that is. I remember that i spent quite some time learning to edit things during this Oasis edits chapter. I generally refrain from uploading screenshots due to shittiness of my PC - details below. After that I disappeared for some time and now thanks to my next CoP walkthrough I am back as my memory is refreshed and I remembered to direct more attention to certain things during the gameplay.

But srsly why am I here?Edit

Because S.T.A.L.K.E.R. games are awesome, why else? I don't know what exactly I liked about this series the most... I guess mostly but not only the overall creepy / dark / ghastly / forlorn-ish /morbid / mysterious theme and unique plot. I just like editing things here - ppl are nice, not much crowd, easy to do things you wanna do and I wanna make it better'n bigger :)
Since I am Polish and born in the period of actual Chernobyl disaster so I really am attracted to this title also due to my birth-time/place background... after all my mother had to drink Lugol's solution at the time she was pregnant with me, obviously because of the suspected fallout (on that wiki page it even noted about Poland). I guess one might say I was Marked by the zone even before my birth :) I am not familiar with Russian nor Ukrainian, never have been, but it's funny how I understand every 2nd or 3rd word of the Russian spoken content - makes you bond with the setting much faster you know. The languages in spoken form are similar enough to understand a few things but not similar enough to make a fluent conversation in real life. To complete all this I am very much interested in chemistry and nuclear energy topics and got some knowledge here, which gives me quite good start background to play the game.
Don't worry, I am quite normal and not mutated or crazy, well, apart from being crazy enough to spend hours here editing stuff after which I *might* be a little zombiefied hehe.

I am not a kind of blind fan, I am well aware of maaaany bugs in the series some of which can be described as legendary or epic even. The game however is great and that is why I think it deserves a detailed and fairly developed wikia. Unfortunately it is hard to say that as of A.D Nov 8th 2011, 5 in the morning my time. I'd say that this wikia reflects the mentioned buggyness of the series pretty well... that is why I edit nearly anything that I find and needs editing - from simple text content to editing templates, renaming pages, making pages or riping images from game texture files to put them here.

How do I do my stuff?Edit

Retrieved from "https://stalker.fandom.com/wiki/User:Tyrael_pl?oldid=44720"
Community content is available under CC-BY-SA unless otherwise noted.