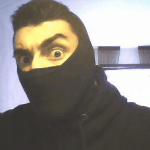 Greatingz eveyrone who enters here. Iv been playing stalker since it came out.

Hello Comrade,
i was wondering where i could find the duty jacket you show on your profile.
i would be very glad if you could provide me with a link to where you found it.

Re;Thanks yesterday I found it elsewhere at the same time I wrote this,thank you though.

Would you be kind enough to list some of your gear for a fellow stalker? It looks quite authentic. Boredgunner 18:23, June 5, 2011 (UTC)

A good place for tips on a good and actually effective Stalker Suit is the Red Alliance forum's Stalker Topic. It can be found here: http://www.red-alliance.net/forum/index.php?topic=9239.0 There's a good Monolith presence there as well. AstralShapeShifter 15:54, June 7, 2011 (UTC)

Thanks for the link. I plan on getting an olive drab Condor Modular Operator Plate Carrier and a simple cloth over the lower half of my face instead of a whole gas mask since the mask might interfere with shooting. Apart from this I'd just need an olive drab hooded shirt. I just wish an airsoft F2000 with an EGLM was available, otherwise I'll have to go with this.

I was browsing through some odds and ends of this wiki, and I saw your picture of your 'Loner' style/type gear.I loved the top you were wearing, and wondered to myself where I could find one, or if you made it yourself. Can you give me any feedback on outfitting sites to see if I could find my own like it?

Any help would be appreciated. ~Paladin

Greatings Paladin :) on top you can see a pretty good advice for a gear on stalker genra) but to be honest to make a stalker gear u can search more in airsoft website gear and stuff i mostly got my gear from militery shop doesnt cost mutch here in russia, but thats the closest deal u can get for a stalker suit, and if ur handy enough u can make your own exo suit, im planning to make one but takes alot of thinking before ACTUELLY makeing one. I saw plenty of exo suits that stalkers fans did and its just not the same ) it misses that spark in reality of exo suit. for me every detail needs to be the EXACT from stalker suit in my opoinion. for example a Sphear helemt for spetsnaz suit needs to be the sphear helmet, non of that usa style helmet. but if u asked me the MOST best details and gear u can get is from web militery shops like red-star or airsoft gear. and as i said if ur handy enough u can make ur own gear, but it take some worke to do. Good luck man)

Here is a short movie about Lost Alpha, how it all started back in early 2008 :)

This video shows development images from 2008 to late 2009 and early 2010. They did not want to include 2010-11 screens, since levels changed a lot, and they wanted to avoid spoilers! You will find all the stuff sorted to days.

Well, I model. Currently making a couple of weapons for S.T.A.L.K.E.R..

I just had to share this with wikia community.....Priceless video! xD

This movie is in progress i belieave

Yah this is actuelly my first wikia place, so im here more often then any other wikia page ;) you play stalker series now?))

So here we are, one year passed again, and we have never been so close to the release like now :) We guess you already feel, that 2012 will be the year, when Lost Alpha, our beloved project finally reaches your hard-drives... We can not say specific release date, but probably by the end of February we will surely be able to name the month, when we can finally release our dream.

Thanks for your message. I will try to edit all the redlinked CS locations as well as some other minor stuff. May take a time... .

As you like to edit S.T.A.L.K.E.R., i recommend Clear Sky. It is a frustrating game, but proves to be a wonderful base for modding. The faction war feature is ideal fot team based combat...

Hey, i found them in google, just type it in google stalker comics and it will pop up..

I was wondering if you could upload the rank badges for Rookie, Veteran and Experienced so I could put them in the Rookie, Veteran and Experienced (rank) infoboxes. I have them all set up so you can do it yourself if you like. Also, we should create a "Category: Stalker Ranks" page so the (rank) pages can be linked together (I'd do it myself, but the community should come up with it so there is no confusion). Thanks. Hotspur23 00:58, April 24, 2012 (UTC)

Done the rank logos, and created the Veteran page. You can add some more infor about guns and equipment and such i will join later on. Pretty busy right now mate. Good luck.

After extracting all DB files into a gamedata folder, edit gamedata\configs\misc\outfit.ltx (notepad). Navigate to exo_outfit and change the actor_visual value to the appropriate one. The appropriate value can be found in gamedata\meshes (look for dolg or Duty's folder, it should be stalker_dolg_4 or stalker_dolg_exo). My CS Remix and CoP Remix mods make the Duty exoskeleton available. Boredgunner 23:35, May 13, 2012 (UTC)

Multiplayer outfits should be in one of the ltx files in the gamedata\configs\mp folder. But modding MP files prevent you from playing MP. Boredgunner 17:49, May 16, 2012 (UTC)

Cant seem to find the MP outfits even from the extractor mod... its like in MP they never place all armors and models visual in one script in the ltx format. Any ideas m8?
Scare Cr0w 18:37, June 8, 2012 (UTC)Scare Cr0w

Thanks for the help, now my page looks awesome!

I know it is but I was under the effect of the controller at the time and had to take it in third person so it would not be horrible, the flashlight is wonky in third.

I cannot organize my profile,can you help me by editing the image.

OK the image have to be an mercenary esoskeleton,i write the other things like rang an equpment.

BTW thank you for helping up.

Gone Until The End Of The World Edit

Yeah. Started playing Call of Pripyat in German to polish my Fremdsprache SKILLZ, so I figured I might as well give the Wiki some lovings. Not that the GSC wasn't doing that, the official STALKER Facebook profile loves using our media :3

You can try here:

We don't have an actual grid-based map for the Zone, tho.

I would wait for first patch; from what I hear LA is hardly playable due to numerous game-breaking bugs (NPCs not giving quests, huge problems with getting to Bar, crash after emission in Army Warehouses) and even more random glitches (foot bone has not been set: crash about actor's legs, bad optimization, inability to fix your equipment with random crashes etc.). However, a news about LA definitely wouldn't hurt. Pangia, 09:48, May 2, 2014 (UTC)

IF your game crashes at entrance to the bar, you have to set your settings to Dynamic lightning btw Patch is comming out today as Dezo stated.

Should we start editing in for Lost Alpha? I would want to... hell there is even a GSC trademark in my patch installer :P.

Lol i already start editing my own stuff small steps at a time xD basic stuff really......my own gear with any skin model, for example if i wanna look like this guy everytime i put on Duty Armor..i provide that in my game ;) BUT  Would be cool if people could bring back Atlas spawn menu for lost alpha! i tryd to make one, but i need help with it. I ask around in GSC forums for people who knew thoes who made Atlas spawn menu in stalker games.....that mod is a MUST! so mutch fun ;))!! it has to be done!

That i dont know, have to ask the Admin first...its a big game Lost Alpha need to sort it out.

IT would make a lot of sense to. I must admit that apart from Lost Alpha Iwould love to make some info pages/walkthrough of some other REAL good mods too. --Charcharo (talk) 10:54, May 5, 2014 (UTC)

There was a discussion already about making pages for mods, but since its just a mod we dont pay attention to it since its unessasary edited contents....you can read rules about it on here so we dont roll with mods and edited content such as skins and so or any other modded stuff. However Lost Alpha is a STAND-ALONE game. So that is a huge differance compaired to mods. So lets see what admins of Stalker  wikia decides on this one. After all, Lost ALpha is a daddy to all stalker series.....

I read the rules. I know them. It is just that... this time I am 100% against them. Some mods DESERVE their pages. Maybe not in canon/timeline articles, nor faction or weapon articles, but their own page and maybe a walkthrough for the actual mod would be a good idea.

Rules are rules mate :] this is the OFFICIAL stalker page. Regarding the Lost Alpha as a stand alone game you have to agree that it is not fully 100% completed......there are some minior bugs ang glitches but nothing too big....if developers from Dezo team decide to change something that is. So untill its completed Lost Alpha wikia pipe dream page may be at hold...patches will be released soon so the game will improve itself and case will be closed. And when i imagine with permission of Admins here that we get to create Lost Alpha Wikia separate or in the same page as offiicial Stalker wikia. Remamber the rules mate and follow them even if you dont agree. Admins made them not me.

And to be perfectly fair, SOME mods deserve there OWN page away from stalker official wikia, its too many mods in stalker genra to keep track off, and they become a problem and a huge pile of confusion and comes with a un-official content.Each mods have there own unique features. Keep in mind that this is a OFFICIAL stalker wikia page. Mods and moded content are considered as a outsider un-official illegal content. Only the official game/beta content from THQ and GSC(r.i.p) stalker games and genra gets to be displayed here. Which is why i brought up this Lost Alpha subject since Dezo implies that it is a original Lost Alpha build step by step by there own Dezo Team with help of GSC i belive.....so in a sence it is a part of stalker history and official content as for a stand alone game that is. But i think this will all roll down to this solution in the end....there will be a Seperate Lost Alpha wikia that is LINKED to this Stalker wikia as a sort of DLC or extra content? sounds wierd but i donno well see how it workes out...

I will respect the rules and wont edit in the mods even I deem worthy. Does not mean it is a correct or even smart choice in my opinion :) .

As for LA, well it will recieve quite a bit more work. Bugs need to be squashed, there are map errors and MANY quests are missing :) . A seperate wiki... I do not know. Wikis are supposed to help both newbies and veterans alike, and such a move will really not help the new players, or the ones that are looking to become even better STALKERs. --Charcharo (talk) 06:08, May 6, 2014 (UTC)

(I just managed to d/l LA before my netconnex went out this morning and it's been a pleasant retro "look around" of what is a VERY big sandbox. So far I've only killed ONE bandit and I'm after the sniper in Garbage now. That'll be fun with a leather jacket, but there's a dearth of kit here, haven't even found a bandit jkt yet!)

Retrieved from "https://stalker.fandom.com/wiki/User_talk:Scare_Cr0w?oldid=59457"
Community content is available under CC-BY-SA unless otherwise noted.