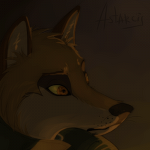 Hey there, on your avatar icon, there's this happy guy with a hood and stuff, well, I've been seeing that thing in other versions everywhere (soldier - one with a helmet, normal - plain guy, etc.), so I waswondering if you know his name? Thanks - Denko | My talk 18:45, November 25, 2010 (UTC) the

Hey man, I made a semi-template for the wiki, its a signature.You don't have to mess up the whole page with the code, you just do a few steps and voila! I made it as my new signature. Pretty awesome, eh?

Well, I made a page, name User:1337rng3r/Signature, there I made the signature code, choosing the colors is easy too, just go to http://en.wikipedia.org/wiki/Web_colors , scroll down and choose your color then enter the hex code, like MediumSeaGreen hex's code=3cb371. After You finished making the code, you save the page, go to your preferences and type in {{SUBST:User:USERNAME/Signature}}, and save it. And there you go. Although, if you want, I can make yours, just tell me the design of the outline (rounded corners like mind, levels (username is in a single box above, talk page in another box right under it), squared) And so on.

I was able to make some images and resize them on my signature too! :D If you need, give me a few images (must be files from the wiki), and I will do it.

Yeah, it is a great thing to have the M203 mounted on the GP37, well thanks for telling me about the mod, :D

Ok, so you want the signature with a link to your name and talk. And should freedom's insignia be on the left/right or both? And would you like the colours (background, outline, and words) in freedom style? I just need those details and I would be happy to make your signature.

Yeah that was abit strange, what I meant was freedom colours, as in, green outline, orange background and words in green.

There, it's done, have a look at it here, tell me what you think, if you don't like anything tell me, and if the colours don't suit, take a look at them, link:http://en.wikipedia.org/wiki/Web_colors#X11_color_names, and choose the names and tell me. Hope you like it, and if you DO like it, then go to Preferences>Signature>Enable Custom Signature>Paste "{{SUBST:User:USERNAME/Signature}}" into it>Change USERNAME to your username with case sensitive=TheDesertFox, and you got a cool looking signature!

Well, if you want to know perhaps I can tell you, I'll just make a sandbox in my userpage, And I'll show you there.

Yeah, actually, I am making it to a walkthrough, so its easier for you. Bitte!

I finished the walkthrough, have a read through it, and please fix anything I made wrong, good luck, and have fun. Anyways, the reason I wanted you to fix the wrong stuff is because I will start doing some edits to the wiki, then play S.T.A.L.K.E.R., so if you're free, read it, and fix it.

Heh, it's okay, I started trying out the new CoD Black Ops, quite good, but graphics aren't as realistic as S.T.A.L.K.E.R., I mean, have you ever seen your skin glow/shine? Or have you ever heard a Vietnamese guy sound like some highly mutated creature?? Pretty weird...I guess we are in a miracle playing S.T.A.L.K.E.R. heheh!

Well,I am a modder for many games,including stalker.

I am also a freedom fan.

Well,I would like to chat with ya,add me on steam crowhitewolf or maybe on skype cro.white.wolf

Can you upload a screenshot to show what you mean? I can't fix what I can't see, as everything's allright on my end.

Does it work now? I have no idea what causes it, to be honest, as everything's ok on this end. Are you using custom or global css perchance?

not the best gamer in town Edit

um i've been here a while and i haven't seen the groza s14 anywhere non of the freedom guys had it, i checked a lot of the stashes, i've wiped out the freedom base because i accedently killed max by shooting a barrel i rolled over and since i couldn't wipe out the guys at the duty captured town it said mission failed but then i went back to the freedom leader then he gave me a reward some glitch that was, anyway so i jumped on a chair over the guard i tried the same thing to get out but i got stuck and thats how i ended up wiping out the freedom base so now since i killed their sniper i can take that mission from the duty personal and get the reward just after i talk to him because i wiped out their tower guards too. X D

I'm a little confused as to what you mean. If you're trying to get a Groza assault rifle you won't find it on any of the Freedom guys in the Army Warehouses, if not the entire game. If you really want the Groza and don't care about who you kill, I would recommend just reloading the autosave that was created when you first entered the Army Warehouses, and take the job from Lukash to Destroy the Duty company. After you've taken them out loot their corpses, and at least one or two should have the Groza.

If you're trying to take out Freedom altogether (something that I wouldn't recommend, but it's your choice) then go for it, and if any of the Duty guys die during the assault then you can just take their Groza.

Alternatively, just keep on progressing through the game, and you should be able to buy it from Sakharov after you complete the X-16 mission.

Hope this helped, and in the future, be sure to sign your posts with four tildes (~ key). TheDesertFox|Talk

Just a question about your name. Does it have anything to do with Field Marshal Rommel in the North African campaign? - Bellic_GSM

Thats actually the exact reason why I chose the username. Not too many people get it, grats for doing so. TheDesertFox|Talk

H. why are u removing my picture from skat foto section?

I removed it because it was the SKAT-9 model placed in Ravenholm from Half-Life 2; unrelated to Stalker. TheDesertFox|Talk

Actuelly, i put skat BULAT armor to wrong place in skat section, but i correct it now, its in Bulat armor. BTW who cares about Half life 2 revanholm, as long as its a picture oh a dead or alive BULAT SOLDIER. Next inform on what your about to change. Adios

That doesn't make much sense. Pictures should only be posted if they're related to the article, and actually make sense. Posting a pic of the dead Bulat spetsnaz troops outside the NPP, for example, would be a good addition because they're actually part of the game. I apologize if I came, or am coming, off as a bit of a dick, I'm just trying to keep things orderly. TheDesertFox|Talk

I don't think sadistic would be the right word to use, but yeah, I get what you're saying, thanks for understanding. TheDesertFox|Talk

Hey Its Icabod. You deleted the Sanya Block page which helped me realize how I can do better in the future!

I didn't get my MP5 from a site, there's a specialty airsoft shop about an hour away from me. I'm actually planning to learn how to strip down and work on guns there sometime in the next year or so, hehe. TheDesertFox|Talk

Retrieved from "https://stalker.fandom.com/wiki/User_talk:TheDesertFox?oldid=46191"
Community content is available under CC-BY-SA unless otherwise noted.