S.T.A.L.K.E.R. Wiki
Register
Don't have an account?
Sign In
Advertisement
in: Ammunition, Grenades, Shadow of Chernobyl ammunition,
and 2 more
English

Regular fragmentation grenade for the GP-25 Koster underbarrel grenade launcher. This round has a 5 meter kill zone. The VOG-25 grenade is also used in the Tunder S14 complex and Bulldog 6 revolver-type grenade launcher.

The VOG-25 Grenade is a type of grenade launcher shell ammunition featured in all three S.T.A.L.K.E.R. games.

The VOG-25 40mm muzzle-loading caseless anti-personnel grenade that explodes when it hits a hard object, it is designed to fragment upon explosion. When it explodes, it releases a powerful, short-range explosion that would disorient and/or kill everyone in its blast radius.

It is compatible with the GP-25 Koster Grenade Launcher, the Bulldog 6, and the integrated launcher on the Tunder S14.

Traders do not sell these grenades, but they can be found in crates or boxes, stashes and received as rewards, primarily by General Voronin by doing jobs for Duty. 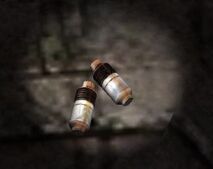 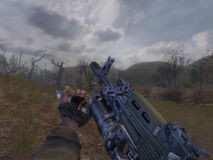