The Vortex is a type of anomaly appearing in S.T.A.L.K.E.R.: Shadow of Chernobyl, Clear Sky and Call of Pripyat. Alongside with its cousin, they are the first and most common anomalies in the games.

An anomaly of presumably gravitational nature. When triggered, the tremendous power of the Vortex drags everything within the radius 10-15 meters towards the center. Victims drawn into the core have little to no chance of survival: their bodies are quickly constricted into a tight lump, only to be blown up in a powerful discharge of energy a moment later.  In some cases, they may levitate in air with agony, and soon their entire systems are shredded into mere skeletal and flesh parts.

The anomaly remains stationary throughout its lifetime (a week on average). Easily recognizable in daylight by the air fluctuation above, dancing leaves, fragments of dismembered corpses lying around and a distinctive dark stain in the center. Highly dangerous at night since it can be revealed only by means of a detector or by throwing metal objects into it.

The difference between a Whirligig and a Vortex is pretty simple: size and strength. The Vortex has a much larger range, much harder to escape from than a Whirligig, and it deals a lot more damage. Escaping the Vortex anomaly, once dragged in, can range in difficulty from easy to downright impossible, depending on the strength of the anomaly and the difficulty level. The type of armor worn is also very important, as the odds are that you will take at least one hit. One possible method of escaping, once drawn in, is to wait until the anomaly discharges, taking the hit. After discharging, the anomaly has no pulling power for approximately one second, allowing you to sprint out and escape it. This method will only be possible with armor with high anomaly protection. Wearing an exoskeleton and getting caught in a Vortex almost always ends in the player's death, since it prevents sprinting; meaning that the player cannot escape the anomaly once drawn in.

A Simple tactic for escaping Vortexes requires timing, jumping and stamina. the effect makes the player wobble like a 'rubber-band' effect before the anomaly does damage. A player with good enough timing can jump at just the right moment, right at the edge of the band effect, (right when it boings you away from its epicenter). At the edge, a very fast sprint and a jump can get you out of there fast enough to escape.

Of course, the simplest method of escaping a Vortex is avoiding it entirely. The presence of a Vortex can be very, very easily identified by the sounds it produces, similar to a "warping" sound you'd hear in some science fiction movies. The anomaly itself is unaffected by bullets, grenades, RPG rockets or Bolts. The Bolts, simply bounce away from it.

Encountering a lone vortex is usually not a problem for a person who can sprint fast. However, a clustered group of vortexes are very dangerous and in some cases, an artifact may be lying in the middle of the cluster.

A little bit of fun can be had with these anomalies: The player can drag various corpses of Stalkers or mutants into a Vortex's vicinity. They'll be dragged in and the player can watch the full effect the anomaly has on the body, giving a testament to the game's impressive death physics. Note, however, that all loot in the corpses will be permanently lost.

The first Vortex anomalies appear in Garbage. After that, they're one of the most common anomalies in the game, with many of them found in Agroprom, Dark Valley, Army Warehouses, Red Forest, Pripyat, CNPP, and a few in Wild Territory.

The first Vortex anomalies appear in Dark Valley. A lot of them appear in Agroprom, Red Forest and Army Warehouses. Several are found in Yantar and Limansk.

The Preobrazhensky Bridge in Zaton holds the largest concentration of Vortex anomalies in the game. In order to reach in the middle of the bridge (or to reach the convoy), the player can either circle around until he reaches the road coming from the Waste Processing Station or use the ladder on the north side of the bridge to bypass the Vortex anomalies that are blocking the road coming from the Ranger Station. Vortex anomalies can be found in Zaton in the Swamp, the Claw Anomaly, the underground Burnt Farmstead anomaly, that blocks many of the tight pathways, and the Bitumen Anomaly in Yanov. There are multiple Vortexes in the Jupiter Underground, right near the control room where the player has to open the door the second time - although if the player has recruited Vano, he will guide the team through them. 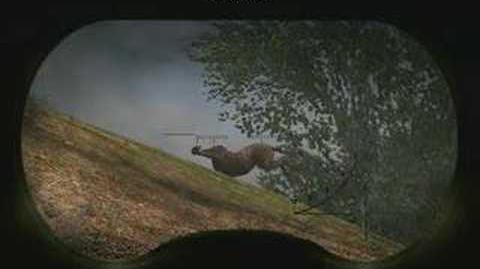